What can video games tell us about the law?

The Moral Choice of inFAMOUS: Law and morality in video games

In this article, which is part of the Special Issue of the Griffith Law Review I mentioned in my last post, Michael Barnett and I explore the unique popular medium of video games - and we use inFamous as a case study. This article had its genesis in a final research project that Michael produced for my Law and Popular Culture elective in 2014 (which he then presented at the Through the Looking Glass symposium that same year). Following the symposium, we together crafted his idea into a greater analysis of the Infamous series, which positions Cole McGrath as the superpowered protagonist in a self-contained post-apocalyptic world that is chaotic, broken and absent of legal sanction and protection. Reading both the bifurcated narrative, and ‘moral mechanic’ jurisprudentially, in this article, we demonstrate that the game (through both mechanic and narrative) reinforces a legal consciousness that requires morality to be fulfilled in the law, and we argue that Infamous reflects a normative privileging of natural law that reinforces understandings of the relationship between power, law and morality.

Here is an extract of the introduction (footnotes removed) - but you can access the full version here.

'In a world where technology is exponentially advancing, video games are certainly keeping apace. With increasing capacity for real-life simulation, high definition graphics, and complex interactive narrativity, video games now offer a high level of sophisticated engagement for players, which contribute significantly to their widespread popular support. Contemporary video games are no longer controlled by ‘mindlessly’ pushing buttons, but are instead navigated by complex problem solving and strategic decision-making within the bounds set by the mechanics of the game. Choices by players are a pivotal element of gameplay, and so while ‘players engage rich narrative storylines and employ complex discursive practices and problem solving strategies in order to understand and master underlying game mechanics’, they do so within a simulated environment that has its own rules, narratives, and ethics constituted within the game’s ideological framework. As an extremely prevalent sub-culture of new media, video games can perform an interesting function of provoking thought on issues of law, justice and crime. Exploring video games then, from within a cultural legal studies framework, acknowledges not only the culturally constructed nature of ‘playing’ video games, but also the normative expectations of law that are facilitated by the narrative structures inherent within the game itself. This article looks at one game series within this framework (Infamous), and asks what meaning can be transformed about issues of law, morality and power from playing these games. Specifically, the article seeks to analyse and critique the combined effect of the narrative and ‘moral mechanic’ of the game to explore connections between law and morality from a jurisprudential point of view. Our argument is that this connected narrative and moral mechanic of the Infamous video game series, provokes an application of normative value to the ethical choices a player might make that are inevitably underscored by natural law theory.' 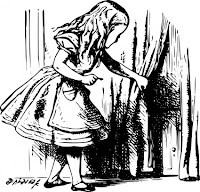