The Lone Ranger – ‘Riding for Justice’


The Lone Ranger – ‘Riding for Justice’ 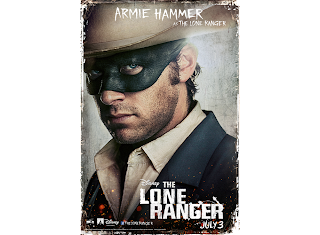 Disney has recently released the trailer to The Lone Ranger starring Armie Hammer and Johnny Depp. Directed by Gore Verbinski, and produced by Jerry Bruckheimer, the film tells the story of John Reid’s transformation into the justice seeking ‘lone ranger’ as he is accompanied in his quest by a native American warrior Tonto. The film promises the usual adventure, action and comedic antics that we expect from a Disney and Johnny Depp collaboration (think Pirates of the Caribbean), as Tonto and the Lone Ranger ‘ride together for justice’. 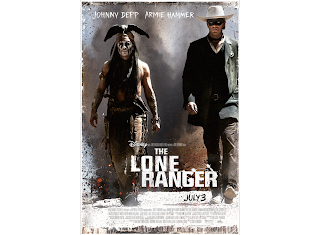 But, what kind of justice are they seeking? It will be interesting to see if the film focuses more on the provision of justice for a community that is riddled with police corruption (as the Lone Ranger says: “If these men represent the law – I’d rather be an outlaw) OR if the ‘justice’ is more revenge oriented (to avenge the death of his brother)?  Perhaps it will be a combination of both.

So check out the trailer here and let me know what you think?
Posted by Cass Sharp at 23:03 4 comments:

What makes a superhero different from the everyday human being? Is it just that they look different – tight suits made of spandex, capes, masks, cool gadgets in utility belts! OR is that they have powers and abilities far beyond the normal human experience? Perhaps instead it is because they seem to consistently pursue justice, defending the helpless and fight to overcome evil?

A superhero definitely seems to be defined by all these qualities – but more recently, modern day superheroes (think Batman in Dark Knight and those who make up the Avengers) seem to be further defined by their fearless devotion to justice which will sometimes even override their devotion to the law. Often we see in popular culture that the central concern for superheroes has been the inadequacy of the law to provide justice and the resultant need for an exceptional figure to remedy this. The superhero thus becomes the vigilante – defined by a desire to provide adequate retribution for criminal wrong-doing.

Acting where the law does not, and speaking in the name of the community the superhero separates the guilty from the innocent and punishes where it is due, resting on the ‘just dessert’ notion where individuals should be held responsible and accountable for their acts.

What do you think? Do you think we, as human beings, naturally desire justice in a retributive, ‘eye for an eye’ way? Do you think the law is inadequate to provide justice?


Feel free to comment below or email me your thoughts: popgoesthelegal@gmail.com